We are pleased to present the case on The Statue of Sir Stamford Raffles and His Legacy as part of a series of in-depth studies for the Contested Histories Initiative. We hope that this series will provide insights and lessons learned for engaging with and addressing instances of disputed historical legacies in public spaces.

Oftentimes, the Contested Histories Team encounters statues embroiled in conflict, which can result in destruction or removal of a monument. The public debates over images of Cecil Rhodes or the watery ending that met the Colston statue in Bristol, England are two memorable examples. In stark contrast, the case of the Sir Stamford Raffles statue in Singapore presents an absence of contestation that offers an innovative way to simultaneously preserve and contextualize history in the public space. Despite its associations with colonialism, the Raffles statue attracts very little controversy. This case study provides a unique opportunity to examine the role of States in shaping narratives and underscores the positive power of public space to spark thoughtful dialogue.

The white polymarble statue of Raffles occupies a very public and central location, along the banks of the Singapore River where Raffles allegedly stepped ashore in 1819. Thousands of tourists pass by the statue daily where it stands against a backdrop of the sleek Singapore skyline. The statue was intentionally installed in this iconic spot for the 1919 Centennial celebration of Singapore’s founding. Today’s statue is a 1972 replica of the bronze original, with a plaque that celebrates Raffles’ ‘genius and perception [that] changed the destiny of Singapore from an obscure fishing village to a great seaport and modern metropolis’. This complimentary and curated historical narrative, which paints the colonial period as ‘ineffectual’ rather than cruel, helped facilitate Singapore’s transition into independent statehood.

Modern Singaporean history begins with Sir Stamford Raffles; his arrival to the Southeast Asian city state brought Singapore under the British Imperial umbrella in 1819. Today, Singapore openly acknowledges both the benefits and detriments of its colonial legacy, celebrating its independence from colonialism while also attributing modern Singaporean institutions, like the rule of law, to British influence. This 1819 origin story was not an accident; Singaporean officials deliberately centered Raffles at the beginning of Singapore’s modern history. As the country embraced independence in 1959, public officials sought to craft a historical origin story that achieved two goals. First, they did not want to elevate any single ethnic group over the others. Although British colonial structures reinforced racial stereotypes in Singapore in many ways, pinning modern Singapore’s inception on Raffles’ arrival allowed the state to celebrate the diversification and globalization of Singaporean society. Officials also wanted to send the message that Singapore was still open for business. Investors were wary of the new socialist republic, and Singapore wanted to emphasize its connection to the past in order to reinforce relationships moving into the future. Thus, Raffles became a household name in Singapore and 1819 became a date to remember in history class.

Singapore decided to use the 2019 Bicentennial as an opportunity to revisit the Raffles statue in a new, contextualized way. A committee of government ministers, an advisory panel composed of civilians, and over 300 partner organizations contributed to planning the Bicentennial event. As a teaser for the upcoming celebration, artists painted the front side of the Raffles statue a dark gray so that when onlookers observed the statue head-on, it blended into the industrial steel building behind it. Raffles being indistinguishable from the surrounding landscape was meant to spark reflection and broaden people’s understanding of Singaporean history beyond the role of a single man. Once the Bicentennial truly got underway, officials added 4 additional statues beside Raffles, each honoring a key historical figure in Singapore. Together the 5 statues are meant to represent the multiculturalism behind Singapore’s founding and reflect the diversity of modern Singaporean society. Free exhibitions exploring Singapore’s history and the colonial period also called on the public to ask questions and consider a deeper understanding of Singapore’s origins. One exhibition helped visitors explore Singapore’s pre-1819 history, starting at 1299. The second exhibition offered a multidimensional analysis of Raffles, investigating the authenticity of his historical contributions while also acknowledging his imperialist role. Some wished the exhibition had done more to critically frame Raffles within Singapore’s history.

However, this use of public art and public space created access for Singaporeans to reflect on the 200 years of history since Raffles’ landing. Singaporean officials chose to contextualize Raffles by adding monuments to the public space that commemorated the achievements of other local communities. By visually transforming the Raffles statue to make a familiar monument unfamiliar, it became dynamic. Officials leveraged the public space to elicit curiosity about Raffles’ role in history and challenged passersby to take a second look. The Singapore case provides a unique opportunity to explore the absence of contestation and the active role that the state can play in narrative formation, contextualization, and public debate. 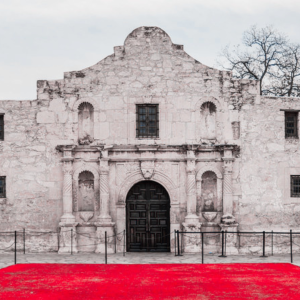 What does It take to Remember the Alamo? 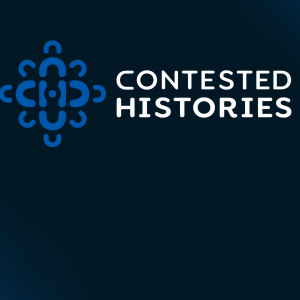 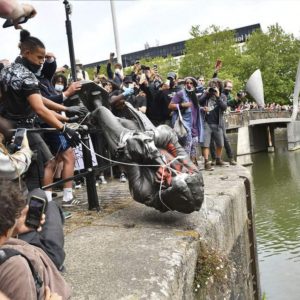