The Contested Histories project made news in Chile

During the last week, the Contested Histories project had intensive activity in Chile, the South American country where even before the Black Lives Matters movement, over a dozen statues and monuments were vandalized or removed in a matter of days. One of our team members participated in an online talk and was interviewed by CNN Chile, reflecting on  how monuments and statues have become the center of our attention, both locally and globally.

In the midst of a turbulent Spring of 2019, when Chileans came out to the streets protesting against inequality and poor living conditions, statues became the epicenter of the riots. From Spanish conquerors to Chilean military commanders, several examples throughout the country revealed how statues mattered, especially in times of crisis.

The monument to General Manuel Baquedano in the Plaza Italia (“Italian Square”), a traditional meeting point for protestors in the capital Santiago, went through the uprising covered in paint and ropes of different types: one day against police brutality, the next day in favour of LGBTQI+ rights; the week after in favour of indigenous peoples rights.

The military general who served as a Commander-in-chief during the War of the Pacific (1879-1884), when Chile clashed with Peru and Bolivia over the rich lands full of saltpeter in the Atacama Desert, was utterly resignified by thousands of people. Protestors and civil society organizations, such as political collectives and football fans, coordinated schedules to use and paint the statue each day of the protests. The monument to General Baquedano acquired an entirely different meaning.

Meanwhile, in the south of Chile, in the city of Temuco, the statue of Caupolican, an indigenous hero, was vandalized by protestors, who achieved a brief but worthwhile moment of justice.

Caupolicán was a war leader, toqui in mapudungun, the local indigenous language. As such, he led the resistance against the Spanish conquest, causing the retreat of Spanish troops in several battles, until he was captured and sentenced to death by impalement in 1558. During the outcry of 2019, protestors toppled a statue of Pedro de Valdivia, a highly praised Spanish conqueror, located in the same city. Once off the pedestal, protestors beheaded the statue and hung his head from Caupolican’s hands. The powerful picture spread all over Chilean and international media.

Cases like these were reported from North to South between October and November of 2019. Today, just six months after the social outburst, Chile is reaching the peak of the Covid-19 pandemic and thus protestors are confined in their homes. The monument to Manuel Baquedano in Santiago has been cleansed by authorities, while most local governments are looking for the fastest and least expensive way to reinstall removed statues. The issue appears to have been overruled by more pressing concerns.

Nevertheless, the outbreak of the Black Lives Matter movement in late May 2020, and its spontaneous focal point on statues and monuments devoted to slave-traders and colonialists, attracted Chileans attention to this phenomenon. In spite of the Covid-19 pandemic, some media outlets have devoted time to talk about the removal of statues all over the world, finding  linkages between BLM and their own social movement last year.

In an online talk organized by Monumentos Incómodos (“Uncomfortable Monuments”), Catalina Gaete, Research Associate at the Institute for Historical Justice and Reconciliation, and part of the team of Contested Histories initiative discussed several issues around the removal of statues and monuments around the world, calling attention to different types of remedies and decision-making processes.

“The main point I wanted to raise in this conversation was that, according to our research, after reviewing hundreds of case studies, the participation of local communities and all the actors involved, particularly the victims and their relatives, is a must in this debate. But their representation should be in the right proportion, thus avoiding the overrepresentation of the ruling elites and promoting marginalized voices to join the debate”, she concluded. The talk can be viewed here (in Spanish).

Subsequently, in an article published on July 1 by CNN Chile, Catalina joined historians, local authorities and civil society activists to comment on this pressing situation.

In this article, Catalina highlighted the complex issue at hand. “Many of these characters (the figures honoured with statues and monuments) gave prestige to their countries and they call for feelings of pride. Yet at the same time, their public representations are evidence of a forgotten history”, she said. Therefore, the focus of the current protests in monuments and statues is calling for a wider reflection upon these issues, because “falling into an attitude of denial, pretending like these underlying problems do not exist, will bring consequences in the future. That is the lesson we can draw from Black Lives Matter”, Catalina concluded.

The article can be reviewed in this file (in Spanish). 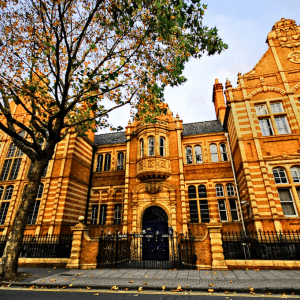 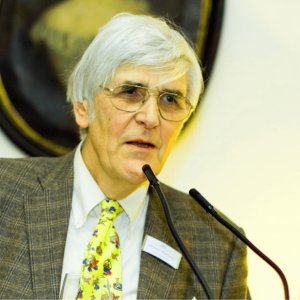 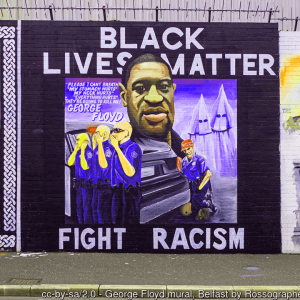