After a storm comes the calm. When applied to “storms” of popular protest fuelled by contestations over controversial legacies of the past in public spaces – specifically those raised by the Black Lives  Matter Movement concerning colonialism, slavery, and racism in the wake of George Floyd’s killing on  25th May 2020 – this proceeding “calm” usually entails a period of reckoning. In the case of Edward  Colston, the most famous son of the dominant port city of South-Western England, this reckoning has  taken the form of revaluation; with the view to act on renaming relevant Bristolian buildings, following  on from the spontaneous toppling of the harbourside life-size bronze dedicated to the eighteenth century slave-trader. As an avid philanthropist, Colston was rewarded, both in his lifetime and  posthumously, with the honour of having his name immortalised in sites ranging from schools, parks, and streets, to even pastries and flowers. Now, Colston’s Girls School has become the latest high-profile  building to trigger reappraisal measures, taking the independent decision to distance itself from the  archaic figure.

Over the last hundred years, since Rev Wilks’ critical biography was first published, Colston has been  increasingly scrutinised by residents, who themselves have experienced first-hand incidents of racial  unrest. In recent times, not only has Bristol been compelled to grapple with the issues of  contemporary racism exposed by certain flashpoints – namely the 1963 ‘Bus Boycott’ mirroring that  of Montgomery nearly a decade earlier and the infamous 1980s ‘St Pauls Riots’ incited by incessantly discriminatory policing practises – but its citizens have also actively sought to confront the career realities of their city’s chief benefactor.

Britain’s hub for distilled alcohol and sugar refining production, the coastal Bristol unsurprisingly  played an integral part in the ‘triangular’ network of slavery, with over two thousand voyages,  accounting for transportation of approximately half a million slaves, charted from the Avonmouth by  local merchants throughout the 1700s. Assuming his father’s occupation, Colston established himself  as Deputy Governor of the monopolistic Royal African Company, which was personally culpable for  the murder of nearly a quarter of the estimated 84,000 slaves forcibly shipped from the continent’s  Western seaboard.

From the 1990s, when the explicit phrase “F-ck off” was graffitied onto the Colston statue’s podium,  a vandalism justified by the sole contemporary black councillor, Ray Sefia, in comparing the  memorial’s appropriateness to an equivalent commemorating Adolf Hitler, a palpable antiracist  sentiment has exploded onto the scene. Since channelled into a concerted lobbying effort for concrete  policy change, both the renowned music venue of Colston Hall and Colston Primary School have  enacted a process of erasure via respective rebranding. Courtesy of the work conducted by  ‘Countering Colston’, despite the acquisition of more than 10,000 petition signatures in opposition to  the move, the former’s board of trustees voted to alter Colston Hall’s name as part of its 150th anniversary refurbishment. True to their word, in September 2020 the steeped arena opened under  the moniker Bristol Beacon. Following suit, in the instance of the latter, Colston Primary School  undertook a three-month consultative procedure that’s awareness drive resulted in the institute’s  rechristening as Cotham Gardens Primary.

Catalysed by the preceding Summer’s popular protests, the likewise eponymously named Girl School,  that’s 1891 inception had been funded by a Colston financial endowment, announced on 6th November 2020 it would henceforth be known as Montpelier High School. Of the thirteen strong list  for other potential options, the new name, referring to the diverse bohemian vicinity that the school  is situated in, was approved by an overwhelming 62% of students and staff. On one hand, Principal  Kerry McCullagh proclaimed that it would “allow the school to forge a new identity that represents its  diverse and inclusive community”. On the other, Hemlata Pant, the head student delegate on the  deliberation, revealed her “excitement” at the prospect that this “moment” symbolised “the  beginning of something much bigger” than merely “helping to shape the future of the school”. Following removal of their own internal statue of Colston in June, the academy’s ultimately decisive  action represented a reversal of the governing Venture Trust Board’s initial stance, which, as of  November 2017, had resolutely resisted calls for the “no benefit” name change. On this note, the tale  of Colston Girl’s School is testament to the impact of the disposition of the original slave-trading statue.

That said, whilst the reckoning of renaming has ostensibly played out with regards to all major public  buildings bearing Colston’s title, the ramifications of the storm’s collateral damage still linger. After  council authorities had overseen the statue’s retrieval for restoration in the M Shed museum, Avon  and Somerset Police launched an investigation into the incident. Consequently, on 9th December 2020  it was disclosed that four people – Rhian Graham, Milo Ponsford, Jake Skuse and Sage Willoughby – were to be charged with criminal damage, set to appear in Magistrate’s Court on 25th January 2021.  Pleading innocence, after posting bail amidst protests conducted virtually and in real-life, which led to  four more arrests for breaches of coronavirus legislation, the ‘Colson Four’ exercised their right to trial  by judge and jury; being scheduled a plea hearing on 2nd March in Crown Court, where it is expected  that the full criminal case will not be heard until 2022.

Hence, the reactionary pushback against citizens taking matters into their own hands has called into  question the ethical legality of direct action in contesting histories of public spaces. The people of  Bristol may have taken down Colston in a figurative sense, but the sheer weight of the city’s historical ties to the slaver’s legacy continue to prove inextricably difficult to legally disentangle. 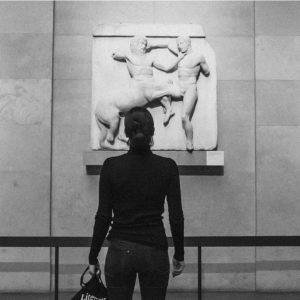 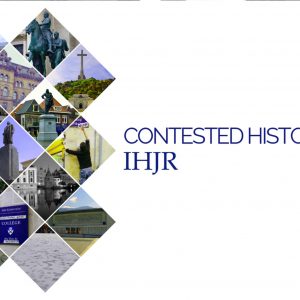 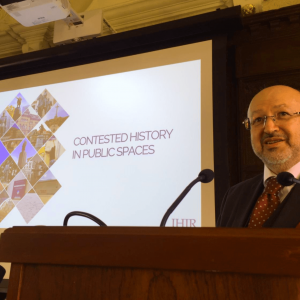